Based on Julia Quinn's best-selling series of novels, Bridgerton is set in the sexy, lavish and competitive world of Regency London high society. From the glittering ballrooms of Mayfair to the aristocratic palaces of Park Lane and beyond, the series unveils a seductive, sumptuous world replete with intricate rules and dramatic power struggles, where no one is truly ever on steady ground. At the heart of the show is the powerful Bridgerton family. Comprised of eight close-knit siblings, this funny, witty, daring and clever group must navigate the upper ten thousand's marriage mart in search of romance, adventure and love.

On April 13, 2021, creator Chris Van Dusen tweeted out that in addition to the already-confirmed season 2, the series had been renewed for a third and fourth season.[1]

Set against the backdrop of the Regency era, the eight close-knit siblings of the powerful and wealthy Bridgerton family – Anthony, Benedict, Colin, Daphne, Eloise, Francesca, Gregory and Hyacinth – navigate London high society in search of love and happiness, surrounded by friends and rivals alike.

The first season mainly adapts the first novel of the Bridgerton series, The Duke and I, focusing on Daphne Bridgerton.

The second season mainly adapts the second novel of the Bridgerton series, The Viscount Who Loved Me, focusing on Anthony Bridgerton

On April 13, 2021, creator Chris Van Dusen tweeted out that in addition to the already-confirmed season 2, the series had been renewed for a third and fourth season.[2] Jess Brownell will serve as showrunner for seasons three and four, while Van Dusen oversees filming and production for season two, so that production can continue at an adequate pace to keep viewers satisfied.

The first table read took place on July 22, 2019 with filming starting on July 28, 2019. Filming took place in London, where production started, and other towns in the United Kingdom, like Bath, Somerseth.[3]

Commenting on the tone of the series, creator Chris Van Dusen shared, "I wanted to infuse everything with my own unique, modern lens. The tone is very spirited and daring. Everything's fresh and youthful. There's a little effervescence to everything." That freshness manifests in the score, featuring classical string arrangements of contemporary pop songs (such as Ariana Grande's "thank u, next" or Shawn Mendes' "In My Blood"), as well the costumes, with the show being described as taking place in a "bonnet-free world." Van Dusen further added that Bridgerton is not going to be so different from the experience of reading a romance novel. "It's sexy and a little dangerous and fun. It leaves you a little hot and bothered and breathless," he concluded.

Most poignant, however, is the casting. Contrary to most other period pieces, this series looks like any ShondaLand show; multi-hued and reflective of the world we live in. The casting is a far cry from the source material, though writer Julia Quinn fully endorses the casting choices, stating that the show is for "a modern audience; it isn't a history lesson." As such, people of color are cast in roles of characters that hold more power than would normally be expected for people of color based on historical assumptions. EP Betsy Beers stated, "It's not color-blind casting. We try to imagine history and the world in the way we wanted to see it." Added lead actor Regé-Jean Page: "With color-conscious casting, I get to exist as a Black person in the world. It doesn't mean I'm a slave. It doesn't mean we have to focus on trauma. It just means we get to focus on Black joy and humanity."

Also a notable difference with other period dramas is the way the show deals with intimacy. The show aims to defy the expectations of period dramas by placing sexiness and steaminess at its core, pivotal to the education of Daphne Bridgerton. The series employed an intimacy coordinator to intricately choreograph the sex scenes. Phoebe Dynevor stated: "It's not often you see sex [treated] in that way. It wasn't gratuitous. It was so essential in Daphne's journey and sexual awakening. I love the fact that it is very much the female gaze."[5] 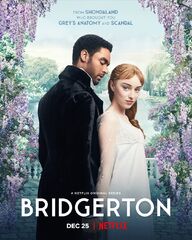 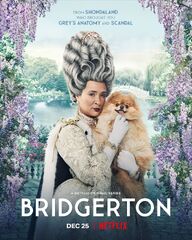 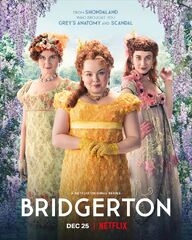 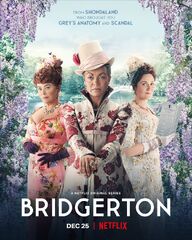 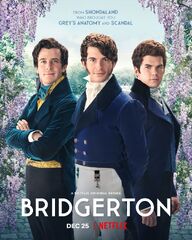 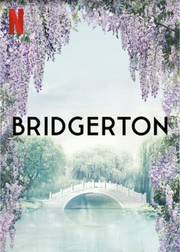 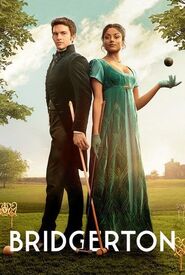 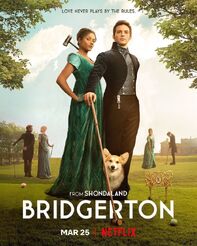 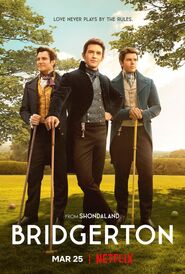 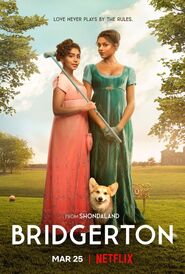 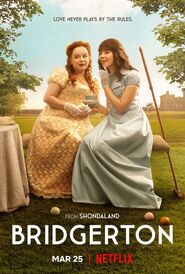 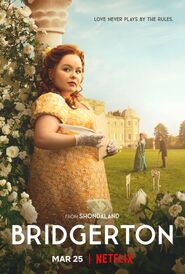 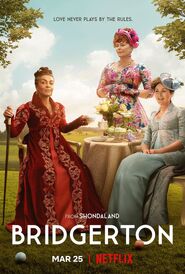 The Untitled Queen Charlotte Spin-off will tell the origin story of Queen Charlotte as well as stories about the young Lady Violet Bridgerton and Lady Danbury. The series will be written by Shonda Rhimes.