Diamond of the First Water

The Viscount Who Loved Me

Lady Whistledown is the pseudonym of Penelope Featherington, a popular and admired anonymous writer of a social pamphlet detailing the gossip of “the ton".

Lady Whistledown is the main source for all gossip and her words can influence people's opinions on the current sociality happenings.

Lady Whisteldown hears and spreads all of the gossip of the ton through her anonymous newspaper. She is a very popular news source and high people always listen closely to and read religiously. 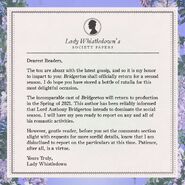 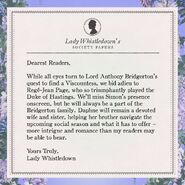 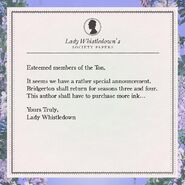 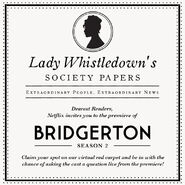 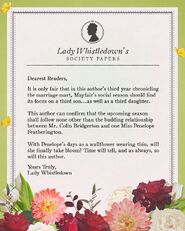